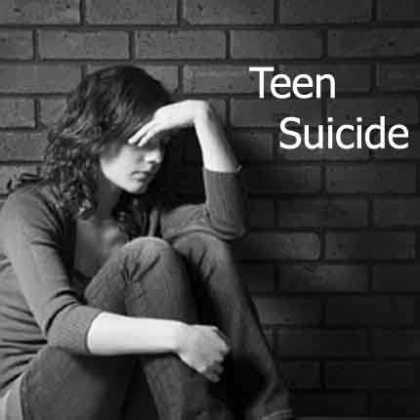 I don’t know what’s up with kids these days but the thought of suicide seems to come to them easily.

When I was in my teens, I knew about suicide and its implications.

People tend to commit suicide when everything seems to be out of order in their lives. It’s either they experienced a life-altering breakup or heartbreak, they are chest-deep in debts and loans and no possible way of paying up, they are swamped in garbage and it seemed that life is becoming so unfair to them dumping all the problems at their doorstep. Majority of those committing suicide have drowning situations and it seems that the only way out is to take one’s life.

I see it as a lame way out but those are bad-ass problems to have in your life.

However, in the past few days that I have watched news again, I was greeted by suicide and suicide attempts news. Their reasons? One has no tuition fee for school and the other failed to bag the top honors.

IMHO, lame excuses! Even lamer than those mentioned above.

Kristel, a college freshman poisoned herself because her school (University of the Philippines-Manila) made her file for a leave of absence since she can’t pay the semester’s tuition fee.

To have resolved this problem, her parents could have loaned money. I know my mother did just that to pay off my school arrears. She approached our relatives, lending companies and firms, and even the Indians who lent money with high interest rates. Our payments for those loans and debts lasted over a year after I graduated. We were constantly out of our wits all the time but we struggled and we survived.

Or, she could have stopped school for a while if the family could not pull it off. Take a gap year. Work and learn from the best teachers, life and experience. Save up. I know I did. I graduated 7 years after high school, 3 years late. I have forgone going to college for 3 semesters. I worked as a cashier. When I went back to school, I signed up for in-house scholarship through the student publication and did some writing gigs to survive college.

And with our combined efforts, I donned the black cap with flying colors! There were a lot of hardships and setbacks. I almost gave up. But I never did.

Now, I have a professional license, passed the exam for eligibility to work for the government, and worked for a reputable company. After the hurdles, success was a sweet reward.

I know, for this case, the University of the Philippines could have done better. But still, take your own life? Isn’t that too much?

A little over a week after the Kristel’s suicide news, a high school sophomore has attempted to end her life because she did not make it to the top of her class this year.

Right. Commit suicide just because you did not bag the top spot. Oh, I should have killed myself some ten years ago because I did not get the class valedictorian spot of our class.

Honors don’t make you as a student. It’s a reward given to the efforts you have shelled out throughout the year. If you did not get it then try harder. Compete with yourself and not with others.

Whatever is happening to kids nowadays is disturbing. They seem to have low emotional quotient, low self-esteem, to have thought of suicide as a way out.

Taking away your life is not an answer to all your problems. What does this imply?

Kids, in general, should be taught that snuffing it out is never a solution. That it would just cause more hurts and pains. They should be brought up with a positive outlook in life. That even though the struggles in life abound they should face it head on solve it and learn from it. They should also feel that their family, or support group, is there to help them.

If only our kids are taught this way, then maybe suicide would be the last thing in their minds.